Search Insights into Americans’ Interest in Travel to Cuba 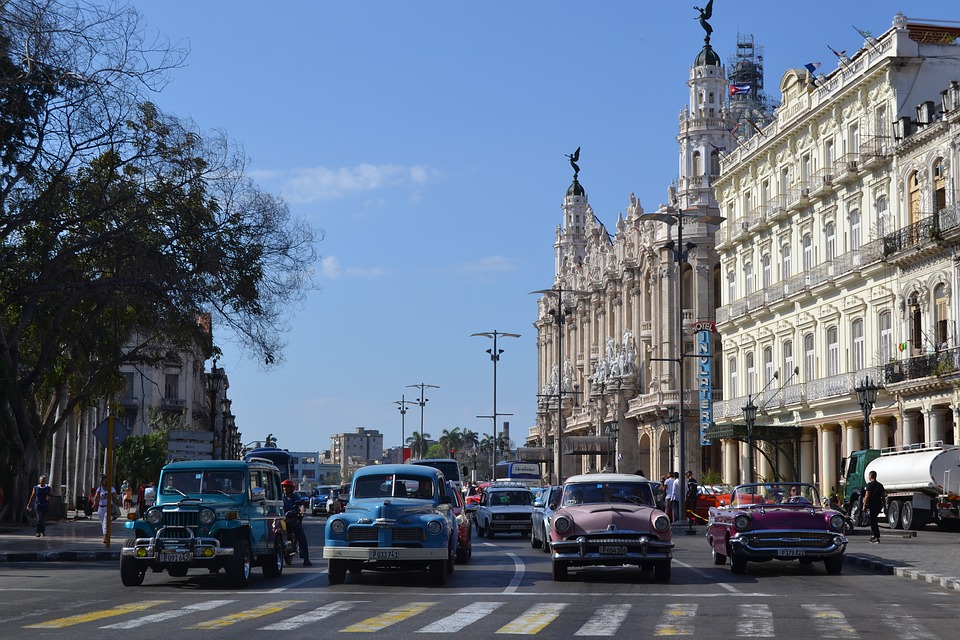 According to data from the U.S. Census Bureau, there are an estimated 2 million U.S. residents of Cuban ethnic origin. The Pew Research Center reports that the majority of Cubans in the United States (68%) are concentrated in the state of Florida. California has the second largest population with just 5%, followed by New Jersey with 4%, and then Texas and New York, each with 3%. Google Trends data shows interest in travel to Cuba spiked in December 2014 after the president announced plans to loosen restrictions on travel to Cuba that month. 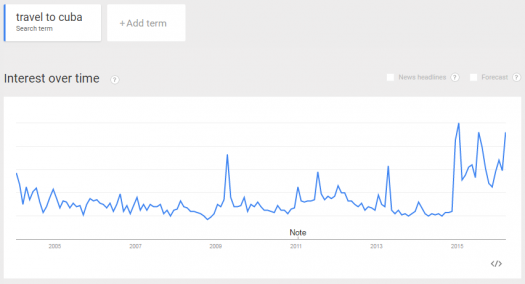 Nationally, there were over 7 million searches including approximately 650 keyword terms within the themes of trips to Cuba, Cuban resorts, Cuban vacation packages, cheap travel and discounts for vacationing in Cuba, Cuban tourism, and flights to Cuba. Interest was heaviest during the months of March, July, and January during the 12 months.

When factoring in each states’ total populations, however, the state with the most interest per capita was Massachusetts with 3,382 searches per 100,000 residents during the 12 months, based on keywords included in the analysis. Vermont residents showed the second most interest in travel to Cuba, followed by Rhode Island, New Jersey, Colorado, Delaware, and then Florida. 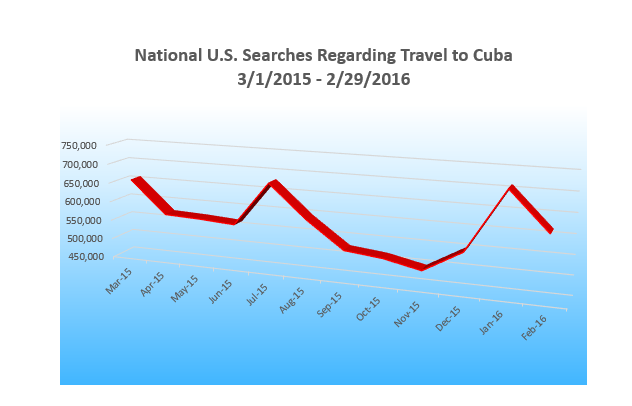 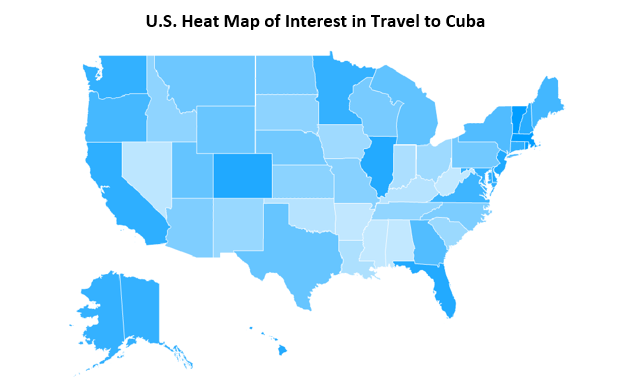