During February, Trump led Republicans in all searches in today’s primary states. Rubio pulled ahead of Cruz for these states in during the month, excluding Missouri where Cruz had a slight lead. However, searches for Rubio in Missouri nearly tripled during February, compared to Cruz’s 100 percent month-over-month growth for the month.

For the Democrats, Bernie Sanders leads in all of the states. While month-over-month growth in searches around the Democratic candidates hovered at about 70-85 percent for both, interest in the lower-ranking Republican candidates grew faster in Missouri, North Carolina, and Ohio during February, pushing Hillary Clinton to last place in rankings for those states (no data for Kasich). 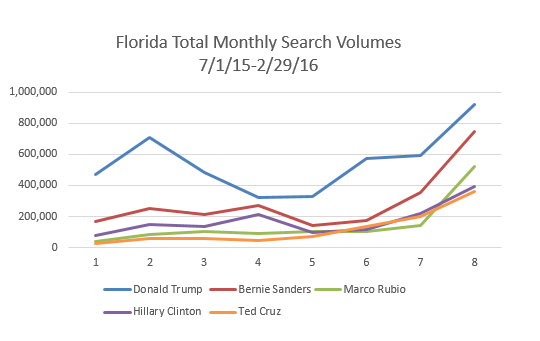 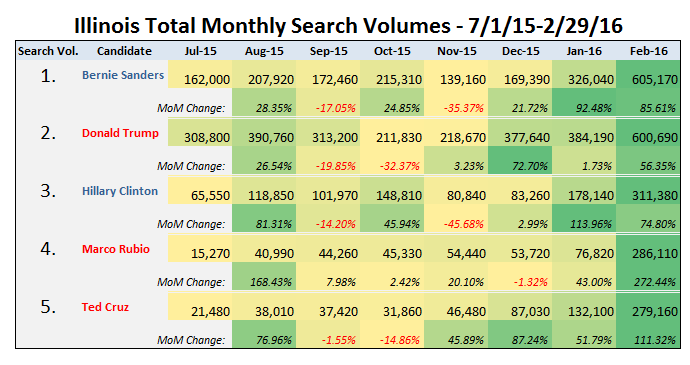 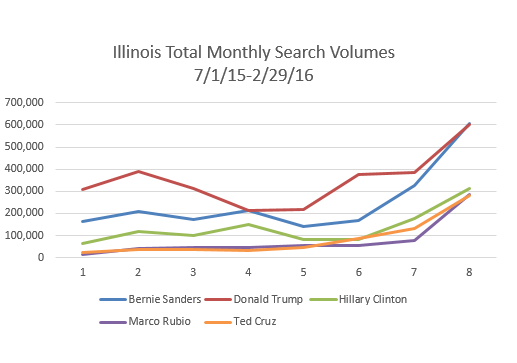 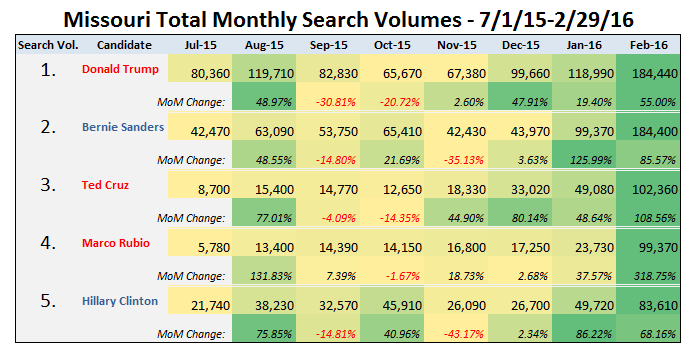 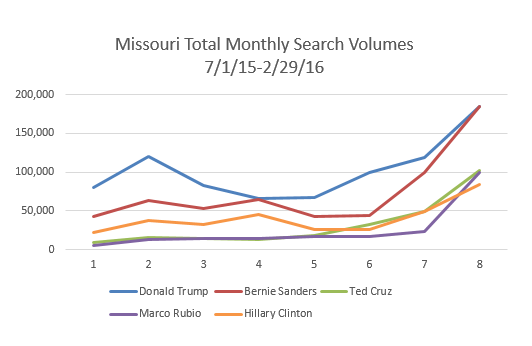 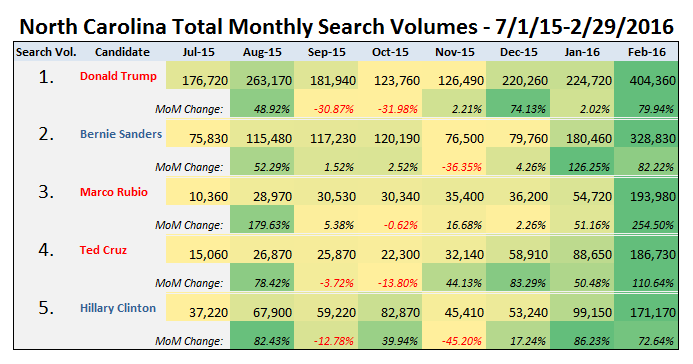 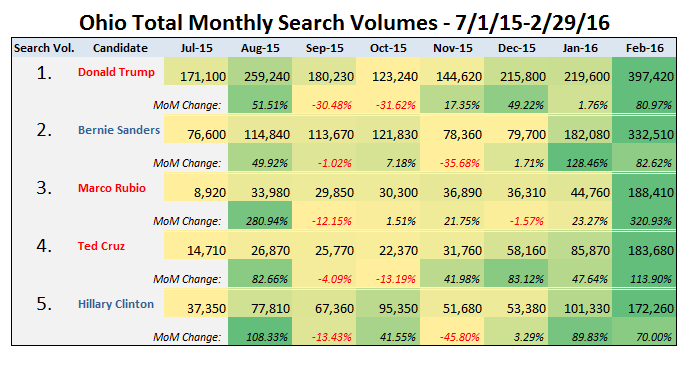