The Academy Awards, or the Oscars, are the world’s most famous film awards, and the ceremony is one of Hollywood’s biggest nights. Actors and actresses gather for the announcement of the best films and individuals of the year, and millions tune in from home to watch the awards unfold. Many attempt to predict the winners for each respective award category, including the digital marketing firm, iQuanti.

iQuanti, a marketing agency focused on digital data and analytics, made predictions around which films were likely to win the Oscars 2016 based on search volume data. I4U news, a website reporting on news for the ‘geek mind’ broadcasted the predictions made by iQuanti ahead of the Oscars 2016 ceremony on February 28th.

iQuanti aggregated the total monthly search data for each Oscar nominee in the top Academy Awards categories between January 2015 and December 2015, the Oscar qualification time period. iQuanti identified the films with the highest average monthly search volume as ‘America’s top choice’, and therefore the predicted Oscar winner in that category.

iQuanti’s predictions included seeing Mad Max:Fury Road take the Best Picture award, after averaging 1,000,000 monthly searches. Leonardo DiCaprio is expected to win best actor in a leading role and Jennifer Lawrence is anticipated to take home the award for best actress in a leading role. A complete list of the predicted winners, and their respective average monthly search volumes, can be found linked through the article. 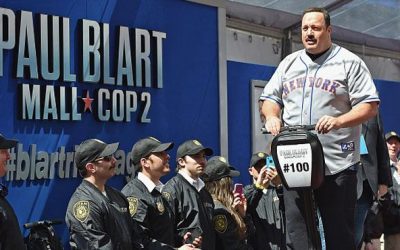 We already know who will win based on search data analytics. iQuanti...
read more